Mary Mary Quite Contrary page 67 and The Shepherdess and The Chimney Sweep page 99.

I state on page 67 that I believe that the girl in the pink satin dress with the yellow felt hat is NOT Mary Mary; but, instead is “The Shepherdess” that goes with the Chimney Sweep.  She is shown again on page 99 in both the doll and the puppet version and labeled “The Shepherdess”.  The proof that she is indeed another version of Mary Mary Quite Contrary is shown in the photo of the old advertisement on page 25. Even though the photo is not in color, it is obviously Mary Mary with the same dress trim, holding the rake, with the flowers next to her. It appears that she is the earlier version of Mary Mary with the wire rake. The Mary Mary in the felt dress comes with the plastic rake. She is shown with blue eyes or  brown eyes.

We know that BAPS made a Shepherdess for Mrs. Clark. Maybe one was never publically made to go with the Chimney Sweep.  I have seen the Chimney Sweep made in other forms and by other doll companies. I was assuming that the Sweep was from THE SHEPHERDESS AND THE SWEEP tale by Hans Christian Anderson. Google research on Chimney Sweeps also indicates that the Sweep is considered good luck; so, maybe he was made as a good luck figure and not as the character in the fairy tale. 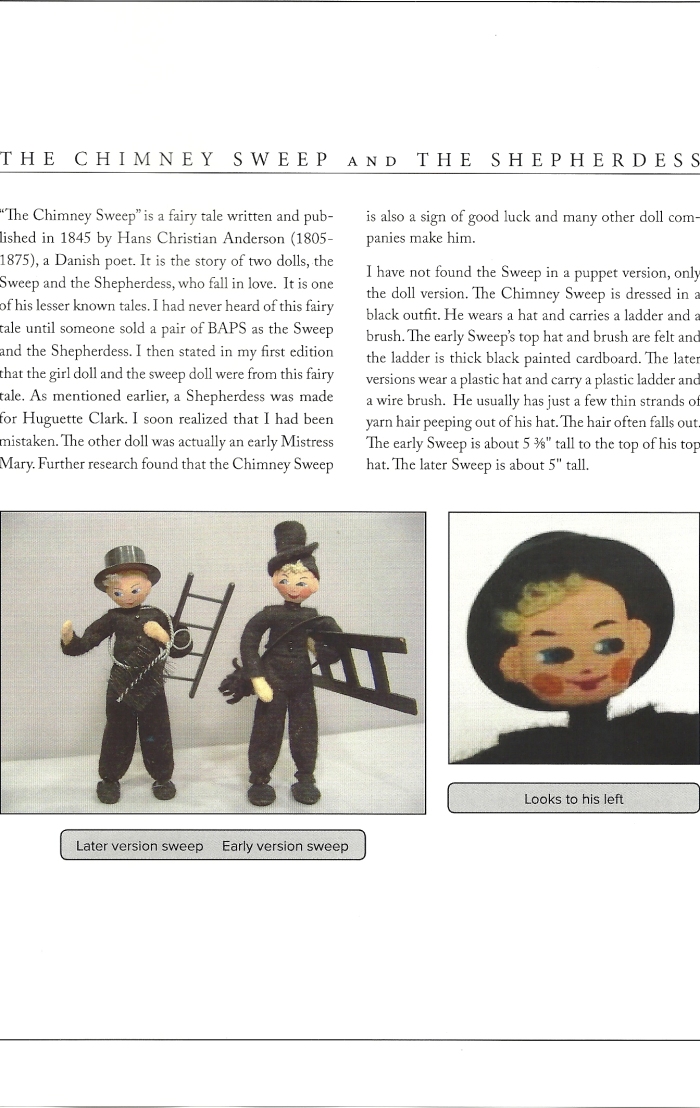